How do you manage a GDN campaign? 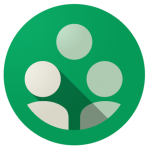 That was the question asked this morning by a member of my Google Display Network Bootcamp that I ran with Perry Marshall a couple of months ago. We have an awesome community to assist members with their ongoing questions & I’m in there everyday answering questions & congratulating the many members getting huge results with their first GDN campaigns!

Hi Mike,  Been running a GDN campaign for a client for about 30 days now and have CTR’s from .55-48%The campaign is set up as contextual and topic targeting.My question is I have a lot of placements with impressions and no clicks and the same with the keywords I want to start optimizing the campaign so would I pause all of the placements and keywords with zero clicks at this time or should I just create new ad groups with the converting keywords and placements?

not what you want to hear, but there is no golden rule
reason being every placement is so different
It’s not unusual to see thousands (maybe 10s of thousands) of placements on the big newspaper sites before getting any kind of decent click volume
other sites you’d expect to have a few clicks by the time you get to 1000 impr

so you can’t really kill off sites based solely on bad ctr
that said, there’s not a massive downside if you do – you’re just limiting your potential as you’re going to limit reach

best to make the judgement based on cpa (or better yet PPI)
kill placements (at the adgroup level) that have 0 conv & a cost that’s 2x your average cpa
or have a cpa 2x your average cpa
(remember to sort/filter the list twice to be able to see both groups – ie filter for 0 conv & sort by cost, & another where you sort by cpa)

excluding placements at the group level is best
however as you gain more experience you’ll start to recognise the consistently poor performers & you might exclude some of those at the campaign level.

note – this is just the placements
I rarely pause keywords in my contextual groups
I’d rather kill the whole group, or knock out individual placements than mess with the ‘recipe’ of keywords
The exception being if I can see that the whole ‘theme’ of that group is off, at which point I might delete 1 or 2 keywords to get it back on track
But like I said that’s rare
The 80/20 rules says you have to work on what’s most important
So focus on placements & adgroups

Don’t create new groups with the keywords that appear to have worked. That approach will (for a number of reasons too many to go into here) generally not work at all.

Hope that helps & good luck with your campaigns!

I hope that helps you with your GDN campaigns – they can be a little tricky to get right, but the rewards are high as so few people know how to use them well. Good luck!

We use cookies on our website to give you the most relevant experience by remembering your preferences and repeat visits. By clicking “Accept”, you consent to the use of ALL the cookies.
Cookie settingsACCEPT
Manage consent